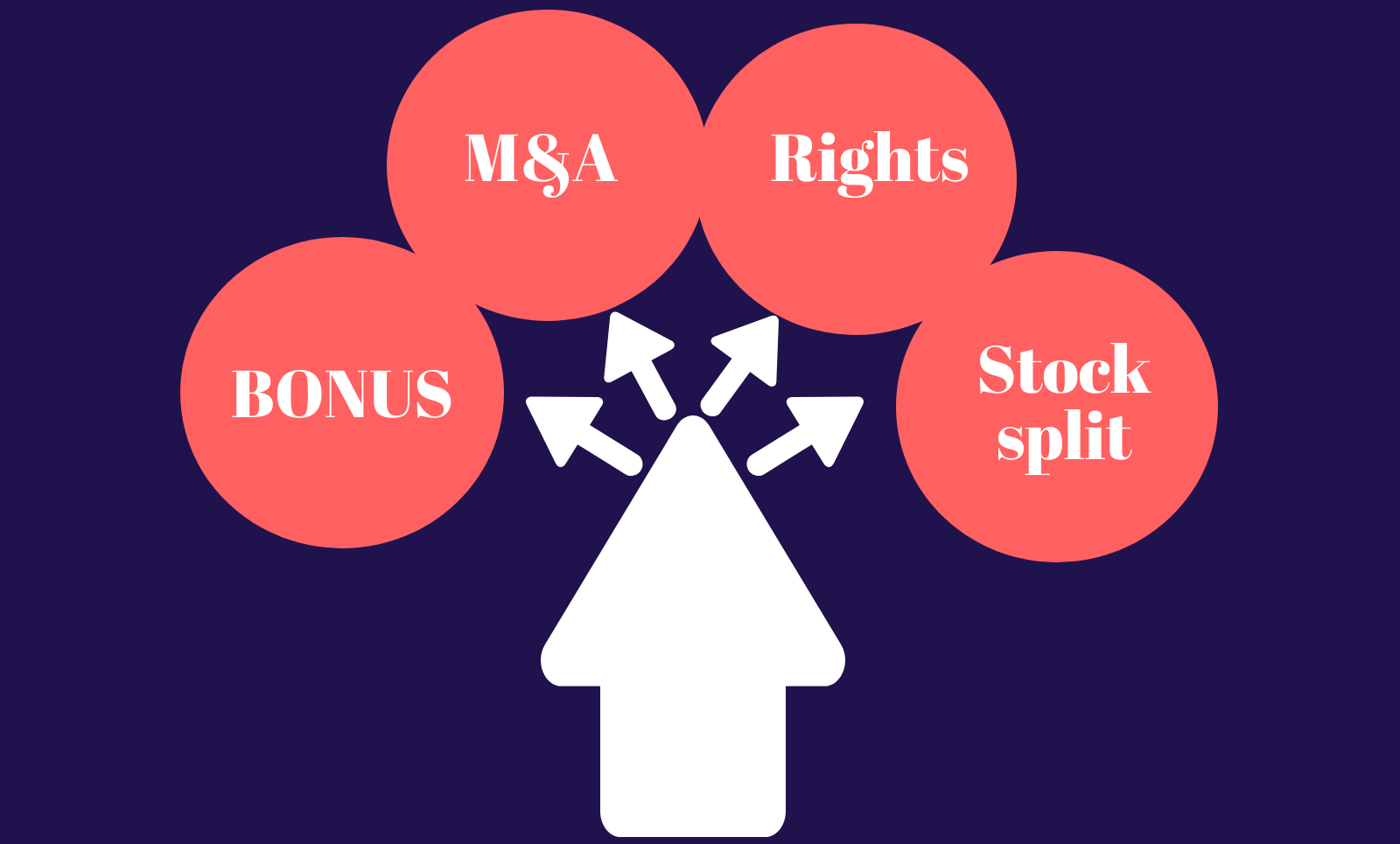 Bonus Issue And Its Effects Of Stock Price –

Let’s say for an example: If a XYZ company announced their bonus share 1:1 that means a shareholder will get 1 share for every 1 share he holds. Thus, if you hold 50 shares of XYZ company, so your net holding gets 100 shares. You don’t have to pay anything for the shares.

Unlike the rights issue, the bonus issue doesn’t risk diluting any of your investment. Even though earnings for every share of stock may drop with proportion to new issues, it is compensated by a fact that you can have more shares. Thus, value of the investment must stay the same though the cost may adjust accordingly. This entire idea behind an issue of the Bonus shares is bringing Nominal Share Capital in line with true excess of the assets over liabilities.

There are some things that match the joy of getting the fat bonus on work. This is what the shareholders of a good company will feel when the company wants to throw some shares (free) into their direction. Here is explaining what the bonus shares are and why investors want to invest in these companies. The free shares are offered to you and called as bonus shares. Earn money with the shares and they are the additional shares issues that are given free to the existing shareholders.